The capital of Aruba, Oranjestad, is the perfect place to begin holidays to Aruba. As a city that is well developed for tourists, the capital offers water activities that range from swimming and snorkelling, to boating. Eagle Beach is a popular public beach which is close to Oranjestad and known for its low-rise resorts.

For a country of its size, Aruba is replete with historical and natural landmarks, many of which are considered must-sees for tourists spending their Caribbean holidays here.

The scenic California Lighthouse, located close to the island's north-west tip, stands sentry on top of a hill overlooking the sea. Many tourists come here not only to see the lighthouse but for the marvellous views of the coastline.

Visitors to Aruba can also head to the beautiful Chapel of Alto Vista near Noord. First built in 1750 and reconstructed in 1952, the chapel is the island's first Catholic Church.

The highest and third highest points on Aruba are Seroe Jamanota and Arikok, both of which can be ascended in 4x4 vehicles. Look out for the opportunity to book a 4x4 tour, most will offer to take you to the summit of either peak on a clear day. If the weather is good enough - and in Aruba, it usually is - you'll be rewarded with views across to distant Venezuela.

As an alternative to driving to the summits of the two highest peaks, you may instead want to climb the second-highest, the Hooiberg. This is ascended via a flight of more than 500 steps on foot - a real test for the knees. At the top, you will be rewarded with a spectacular view across Aruba's own Paraguana Peninsula, perfect for a truly breath-taking photo or video.

Take a dive off the leeward coast of Aruba and you can see the equally spectacular SS Antilla, a shipwreck dating back to the Second World War. It was scuttled in 1940 following the German invasion of Holland, and is one of the largest intact wrecks in the Caribbean. A lake tanker wreck, the SS Pedernale, is nearby, and both are popular attractions among divers during Aruba holidays. You'll not only get to explore the wrecks, but you can also take in the unique contrast of their rusting hulls encrusted with vibrant plants, corals and marine life. 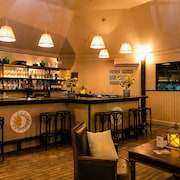 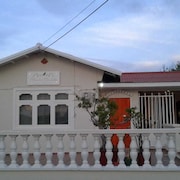 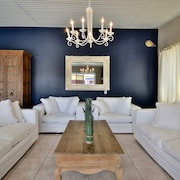 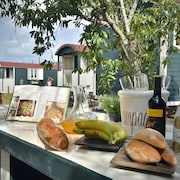 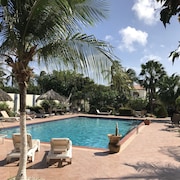 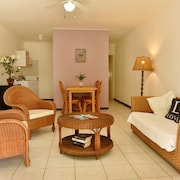 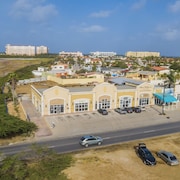 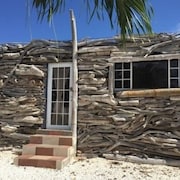 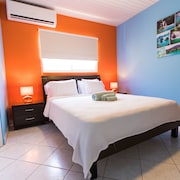 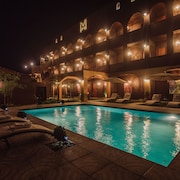 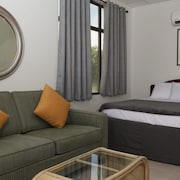 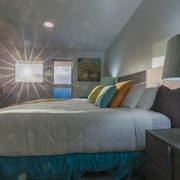 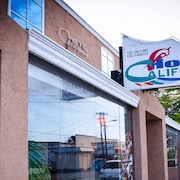 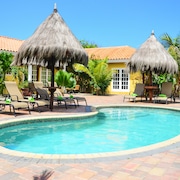 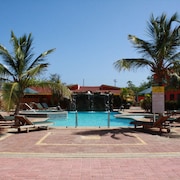 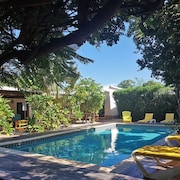 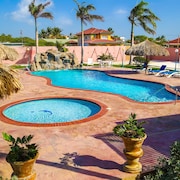 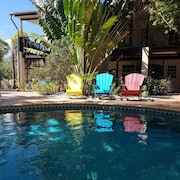 With Aruba being a constituent country of the Netherlands, Dutch is the official language. However, the predominant language spoken by the locals in their everyday lives is Papiamento, a Creole based on Dutch, Portuguese, Spanish and West African languages. With Aruba having been a British protectorate, English is also widely spoken, especially in tourist areas. As a result of this, especially in the hospitality businesses on the island, you should have no difficulty being understood during Aruba holidays.

The currency used in Aruba is the Aruban florin (AWG). However, US dollars can be used in many establishments. Travellers' cheques are a good form of payment as they are accepted in hotels, shops and restaurants without any additional charges. ATMs are widely available and accept Cirrus or Visa Plus cards. Visa, MasterCard and American Express are the most widely accepted credit cards in the country. Be wary when using US dollars, as the exchange rate applied between the dollar and the florin may be poor, and can be inconsistent between different venues too. Likewise, when exchanging cash into the local currency, it's worth looking around for the best exchange rate you can find.

Citizens of the United Kingdom, the United States, Canada, Australia and EU countries do not need to obtain a visa to enter Aruba. Presenting a valid passport along with a return or onward ticket is enough to gain entry to the island visa-free for up to 30 days. Just make sure that your return ticket is handy when you need to present it, and that your passport will still be in date by the time you leave Aruba - you don't want to be left with expired documentation when it's time to return home.

The climate in Aruba is tropical and because it lies south of the hurricane belt of the Caribbean, the country experiences sunshine throughout the year, with constant trade winds keeping the climate cool. There is no monsoon season in Aruba but some rain occurs from October to January. The average year-round temperature is a balmy 28 degrees.

The main gateway to Aruba is Queen Beatrix International Airport. Travellers can rest assured that the airport is modern, clean and organised. Passengers are processed quickly, although the airport may be busier at weekends.

UK travellers can find seasonal direct flights from London-Gatwick to Queen Beatrix International Airport, while a number of major carriers from continental US fly to Aruba. Typical flight time from London to Aruba is around 15 hours.

From August to September, temperatures are at their highest in Aruba as the trade winds die down slightly during this time. However, this period is still technically the low season and prices are about 20 to 50 percent lower, including air fares. Plus, tourist spots in the country are less crowded. Therefore, those who do not mind the heat will be able to save up on fares when travelling in the low season. Taxi fares from the airport to the capital, Oranjestad, and resorts are reasonable.

Flights are the only way to reach Aruba. However, Caribbean cruise ships often include the Aruban capital of Oranjestad as a port of call. The dock is close to the commercial centre of the city but those heading to the beach may want to take a taxi from the port area.