Sydney has become one of the most famous cities in the world, and with its several iconic landmarks, it's easy to see why. The Sydney Opera House is a stunning sight, night and day, and a great place to catch a show during holidays to Australia. Sydney Harbour Bridge is lit up at night, but it's also possible to climb it during the day with the aid of a professional guide. Together, it forms the centrepiece of the city's New Year celebrations each year.

The beaches around Sydney are stunning, with the famous Bondi Beach just a short bus ride from the city centre. Along the east coast, there is no end of beaches, from the busy Hervey Bay to the deserted Rainbow Beach.

Both of these beaches offer trips to Fraser Island, a massive sand dune off the coast where visitors on Australia holidays can camp, hire four-wheel drives and take a dip in the natural tea tree pools. This is also a great place for wildlife watching, as many species of shark come here to feed. The view from Indian Head across the ocean makes it the ideal viewpoint.

Surfers Paradise, not surprisingly, is the best place for those wanting to ride the waves. However, most beaches in Australia are great for this sport, depending on the time of year and local weather conditions. The Whitsunday Islands in the north of Australia are a collection of islands with eye-watering white sands, a pristine paradise that appeals to many visitors each year. It's possible to join a boat tour, often lasting several days, meaning tourists can head right out to the more remote islands and even have a go at sailing.

On the east coast is Brisbane, a thriving city with an amazing nightlife. Here, nearby tourists will find Australia Zoo, Steve Irwin's famous establishment. There are many native animals here including the most deadly bird in Australia, the cassowary.

Port Arthur in Tasmania is an open-air museum dedicated to Australia's history, with its historical penal colony site where many prisoners were once exiled. There are some well-preserved old buildings here, although archaeological digs are still ongoing. It's a reminder of Australia's early colonial age and the arrival of Europeans to the continent, contrasting with the much more ancient history of the native population. The two have become intrinsically linked to many of the customs of the country in the present day. 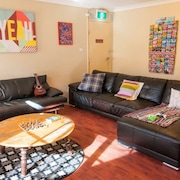 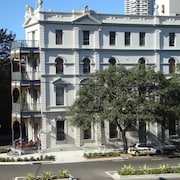 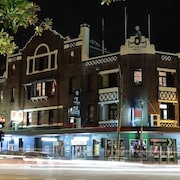 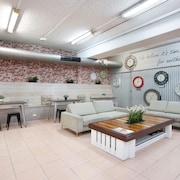 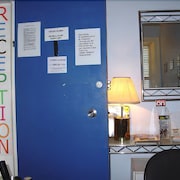 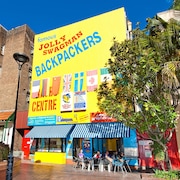 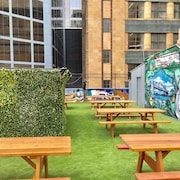 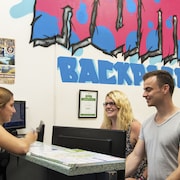 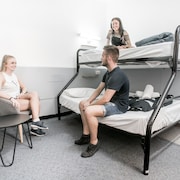 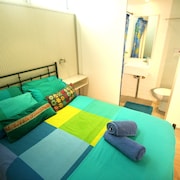 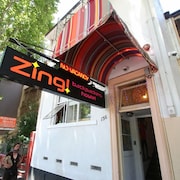 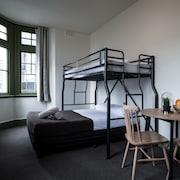 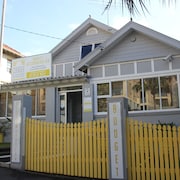 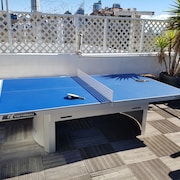 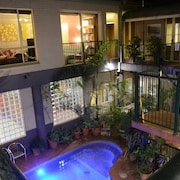 The official language of Australia is English, so getting around and communicating doesn't present a problem for visitors from the UK. In many cities, there are large Vietnamese and Chinese communities, and some road signs in tourist areas are written in multiple languages. There are also over 100 aboriginal languages spoken within the aborigine communities of Australia, although many aboriginal people are also fluent in English.

The official currency is the Australian dollar (AU$), the only currency which is accepted here. There are 100 cents in AU$1. ATMs are available in every town and city, and all accept foreign cards. Moneychangers and exchange outlets are able to exchange currency, but the exchange rate at banks tends to be more favourable. Travellers' cheques are best changed at banks. Credit cards can be used across Australia in hotels as well as at large shops and restaurants, but be wary of any additional charges for using your credit or debit card abroad, especially for cash withdrawals. It may be more economical to buy a prepaid foreign currency card in AU$ that you can top up during your stay, helping you to budget and improving your security.

Visitors from the EU, including the UK, require a visa in advance. UK travellers visiting for less than three months need to obtain an e-Visitor visa. This visa is free, can be applied for online and is normally processed instantly. Tourists may have to show they have the funds to support themselves for the duration of their holiday and provide proof of a return flight.

The sheer size of Australia means there is a wide variation of climates.

Throughout the summer (June to August) and winter (November to February) months, temperatures in the tropical north hover around 30°C. Summers here are wet, with the winter drier and less humid. In summer, the Mediterranean-like south sees temperatures of around 29°C, while in the winter, it can drop as low as 9°C. Here, summers tend to be dry, with most of the rainfall occurring in the winter.

Nearly half of all international flights to Australia land in Sydney. Tourists can either choose to stay here or fly to other domestic destinations such as Cairns in the north, Adelaide in the south or Perth on the west coast. Flying from the UK involves a stopover to re-fuel or catch a connecting flight, with Singapore, Dubai and Hong Kong popular transfer points.

Many airlines charter weekly flights to Australia. Sydney Airport receives a number of airlines from London-Heathrow, while Melbourne, Sydney and Perth take passengers from London-Gatwick. Flight time from London averages around 24 hours.

Flights from the UK can be expensive but some have stopovers at hotels that are included in the price. It is cheaper to fly from London than from other cities in the UK. Flying on a weekday or outside of the school holidays are other ways to save on fares. Be aware that Australian quarantine and customs are very strict about what can be brought into the county with regards to food.

Many cruise lines make stops in Australia on their Pacific journeys between November and February. It's also possible to drive through Europe, across Asia and then take a short flight to Australia. However, this journey can take a number of weeks, with the quickest option flying.