On Curacao holidays, a trip just 60m off the north coast provides a chance to see one of its most distinctive features. On any coastline, it is common for there to be a 'shelf' of sand that stretches out a certain distance, before dropping away quite steeply so that the water becomes much deeper. On Curacao, this happens at less than 60m (about 200 feet) from the northern coastline. This sudden drop has earned the nickname 'the blue edge'.

Head to Willemstad, the island's capital, and look for the central bank - or, to give it its full title, the Central Bank of Curacao and Sint Maarten. The bank dates to 1828 making it the oldest central bank in the Americas. It is just one of the historic buildings found in Curacao's capital, which you might want to take a day to explore, so as not to miss out on any of the architecture and heritage of the island and its past and present inhabitants.

A pair of bridges are evidence of some of Curacao's bigger infrastructure, and proof that a relaxed pace of life does not mean falling behind in development. They can be found linking Punda with Otrobanda, two adjacent districts in need of both a road link and a pedestrian crossing. The Queen Emma footbridge is the smaller of the two, a 168m long pontoon capable of swinging open to let traffic sail in and out of the port. Look beyond it and you can't miss the much more imposing Queen Juliana Bridge. It is a broad arch 56 m above sea level, allowing road traffic to cross St Anna Bay, and replacing an earlier bridge that collapsed in 1967.

If you can drive over the bridge - or cross it as a passenger - take the time to do so. It offers a unique perspective looking back across the bay at Willemstad and Curacao, with panoramic views of the districts of Punda and Otrobanda from probably the highest artificial vantage point in the area. Alternatively, walk down to the Queen Emma bridge instead, and wait for it to swing open to let a boat sail gently by either into or out of the port. 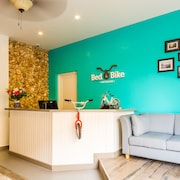 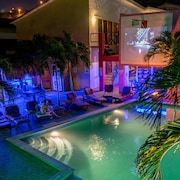 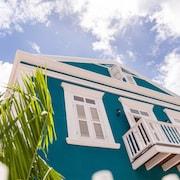 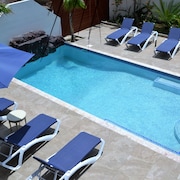 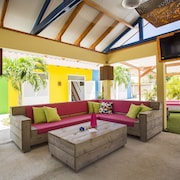 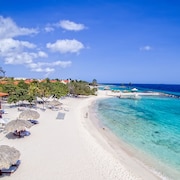 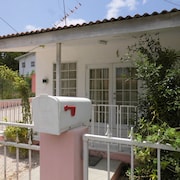 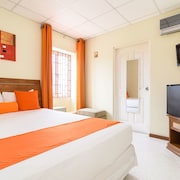 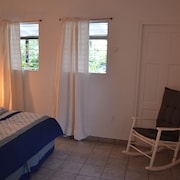 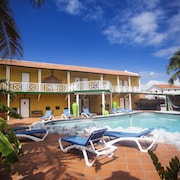 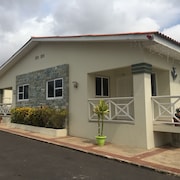 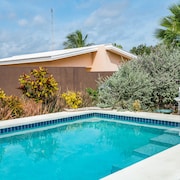 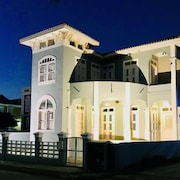 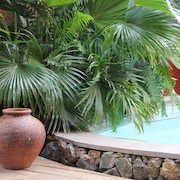 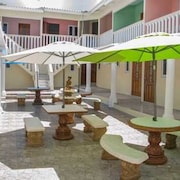 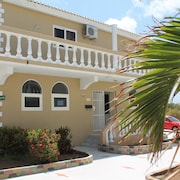 The local language of Papiamentu is relatively new, built largely around a combination of Portuguese, Dutch and Spanish, with a few other influences from African and English. As a Creole, it is a fledgling language, still in its very early stages, and that means there are few specific grammar rules, and the islanders have only recently agreed on fixed spellings for their most commonly used words. Generally as a tourist, you should find English is widely spoken in the main resorts and by most islanders too, although many will use Dutch for day to day conversation.

The Antillean guilder is the local currency, but US dollars are also widely accepted, and the two are pegged to one another at an exchange rate of about 1.80 guilders to the dollar. Look out for the unusual currency code - NAf comes from the island's Dutch parentage, and originally stood for Netherlands Antilles florin. Money is easily obtained at ATMs in both dollars and NAf, while major credit cards are widely accepted, but could incur extra exchange fees and other charges for using them overseas.

Package holidays to Curacao have more unusual entry requirements, although each rule in itself is nothing out of the ordinary. You will need a passport with at least six months left before expiry from the date you arrive in Curacao - this compares with most other countries whose six-month period starts counting from the date of your return journey. You don't need a visa for a stay of anywhere up to 90 days within one calendar year. If you want to stay for longer than that, ask at Immigration on arrival.

While you might expect Curacao holidays to be extremely hot, due to the island’s Caribbean location, this is not necessarily the case. Instead, low humidity helps to make the heat more bearable, as it is easier for the body to control its own 'thermostat' in the usual ways. Combine this with gentle breezes that drift over the island, and the effective temperature is often in the comfortable range for many people. There is little rainfall at any time of year, and together all of these characteristics combine to create what is commonly called a savannah climate.

Curacao's airport is officially named Hato International Airport, although its three-letter code is a logical CUR. It is in the north of the island, near to the capital Willemstad, in Plaza Margareth Abraham.

International flights into Curacao include regular services from Miami and New York, along with direct flights from Amsterdam in the Netherlands.

UK visitors to Curacao do not need a visa, as long as you have a valid residence permit with you. The crew of aircraft and ships are all granted permission to stay in Curacao for up to 48 hours without a visa, after which time they must leave.

Air is not the only way to get to the island, and cruise liners dock at either Curacao Mega Pier, or at the Cruise Terminal. As is often the case, these disembarking points are served by a selection of duty-free shops. These can allow you to pick up some tax-free shopping. You may have to show some form of evidence that you are only on the island as a tourist before you are allowed to buy anything without paying the duty on it. The Mega Pier accommodates the largest ships while, for smaller sailing boats, there are several marinas around the island, as well as the port of Willemstad. This allows oceangoing vessels to be docked at Curacao while their captain recovers his or her land legs after a period out at sea.