Many package holidays to Egypt centre around Cairo, but Luxor is also an excellent option. The Valley of the Kings is where most of the pharaohs were buried, and those tombs are now numbered with a King's Valley or KV prefix. The tombs themselves are open to visitors throughout the summer and winter months.

For a slightly different experience during a holiday to Egypt, head to Aswan. This smaller city is also more relaxed than either Cairo or Luxor, and is the furthest south of the major tourist destinations on the River Nile. It also has something unique to offer, in the form of the Aswan Dam, which is often included as just one stop on a longer bus tour. Generally speaking, this is a sensible way to visit it, as those who do so tend not to spend too long at the site once they have ticked it off of their to-do list.

Alexandria is an awe-inspiring destination for many travellers on Egypt holidays, not so much because of its present-day status, but because of some of its former landmarks. Sadly these did not survive, but still there is a hugely spiritual feeling when you walk through the streets of the modern city and think about what came before. Among those treasures was the Library of Alexandria, believed to have housed all of the great knowledge of the time, which was sadly destroyed in its entirety sometime in the first few centuries AD. The Lighthouse of Alexandria, on the island of Pharos, was up to 150m in height, built around the third century BC. One of the Seven Wonders of the Ancient World, it survived about a millennium and a half, until successive earthquakes in the early 1300s brought an equally sad end to the structure.

Wherever you go on holiday in Egypt, you get the sense that you are walking through history. Many cultures and traditions are represented throughout the country, its cities and even in its tourist resorts, instilling evocative and emotional sentiments in the vast majority of those who make the journey to this ancient part of the world. 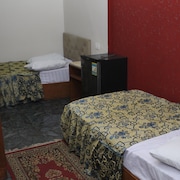 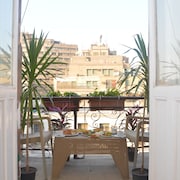 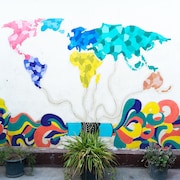 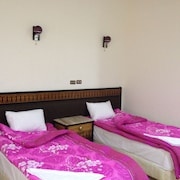 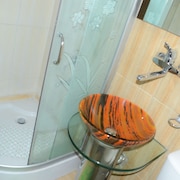 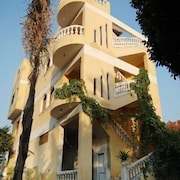 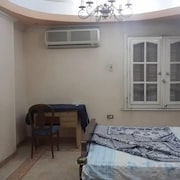 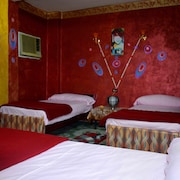 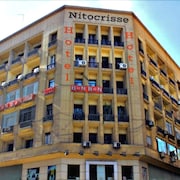 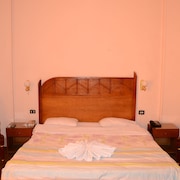 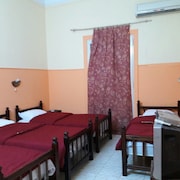 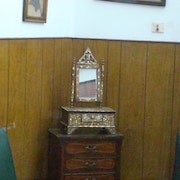 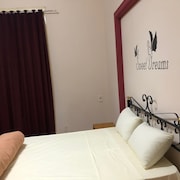 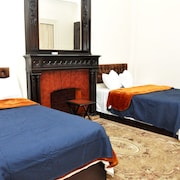 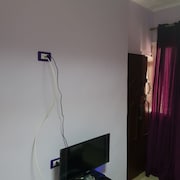 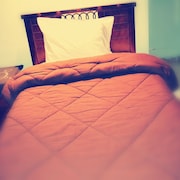 The official language you'll find during package holidays to Egypt is Arabic. However, you shouldn't face a language barrier, as European languages are widely spoken. These include French, German, Spanish and Italian, along with English, and they are especially likely to be spoken as a courtesy in the tourist resorts.

The currency on holidays to Egypt is the Egyptian pound, although you will find major currencies including sterling, US dollars and the euro may be widely accepted. Resist the temptation to spend your own currency - you'll get better value by exchanging it. Withdrawing cash from ATMs is a good way to avoid having large amounts of currency with you, or if you want to exchange cash, do it at a bureau de change for better rates than at hotel reception desks. An interesting point is that foreign currency notes may be accepted, but coins are not - and if a local approaches you in the street with a handful of sterling coins, they may actually be hoping to exchange them for Egyptian currency so they can spend them.

International arrivals into Egypt require a visa, which can be obtained at the airport and is valid for a fairly short period of one month. An exception is the popular package holiday destination and coastal area of Sharm el-Sheikh, as you may be allowed in without a visa as long as you don't leave the town.

When choosing Egypt holidays, keep in mind that it has a largely desert climate - think of the sands surrounding the Pyramids and you're along the right lines. Expect it to be very hot and dry in summer, with greater humidity on the coast and the Nile Delta. Pure cotton clothing is sensible for the summer, as it will let your body breathe.

There are a number of international airports in Egypt, giving you several options as to where you land. Cairo, Luxor and Alexandria each have an airport to serve them and it is Cairo that handles the bulk of international air traffic. This is ideal if you want to see the Pyramids, as they are located around two hours from the buildings.

If you are planning to fly into Egypt from one of its closest neighbouring countries, it is worth checking beforehand that the route is still in operation, as schedules change quite often. As with any destination, the Foreign & Commonwealth Office issues regularly updated advice on which locations to consider safe and which you should avoid. Check this information before you travel so you can be more confident that the part of the country you intend to visit is not considered to be a cause for concern at the present time.

Strict border controls mean driving to Egypt isn’t an option for package holiday-goers, but you can always travel by boat if you don’t fancy hopping on a plane. You may have to fly part-way, but can then catch a ferry and enjoy the scenic route.