Iceland is a remote and rugged island destination in the North Atlantic with landscapes and seascapes incomparable to anywhere in the planet. The first stop for any tourist during holidays to Iceland is, of course, the capital of Reykjavik.

This is where more than half of the country's population live and it is the centre of culture and commerce, featuring museums such as the National Gallery of Iceland. The city is known for its peaceful atmosphere and colourful houses and is an exciting shopping and entertainment destination with an exceptionally lively nightlife.

The areas in the south of the country are where most of the tourist attractions are located. A good place to begin is Eyrarbakki, a picturesque fishing village which gives visitors a look into rural Icelandic life.

Upcountry ÃrnessÃ½sla, also in the south, is popular with visitors because it has some of Iceland's most famous attractions, such as Geysir, an actual hot spring geyser that lent its name to all other geysers in the world. Inland, visitors will find Landmannalaugar, a beautifully bleak mountainous area where visitors can camp out in the summer.

To see Iceland's icy landscapes, a visit to JÃ¶kulsÃ¡rlÃ³n is a must. This lagoon is considered the best place to visit to see icebergs floating in the cold blue waters. As for glaciers, it doesn't get better than HÃ¶fn, a town in Iceland's south-east which is famous for its easy-to-explore snow-capped mountains, glacial rivers and glaciers.

In the north, close to the Arctic Circle, is Akureyri, a charming coastal town which is considered the capital of northern Iceland. The town is an excellent hub to launch explorations to more remote destinations in the region, such as MÃ½vatn Lake, an area known for migrating birds, small and relatively active volcanic craters and unearthly lava formations.

Many visitors on Iceland holidays come to see the famous Northern Lights. To catch a glimpse of this natural phenomenon in the best conditions, travellers will usually have to venture away from the city lights and lit-up roads to the more natural landscapes of Iceland"s countryside. There are several rural spots around the country that benefit from catching a clear view of the Northern Lights, including spots along the Golden Circle route, HÃ¶fn in the south, the island of GrÃ­msey in the north, StykkishÃ³lmur in the west and SeyÃ°isfjÃ¶rÃ°ur in the east. There are many hotels in these towns, although night-time Northern Lights excursions are easily arranged for those staying in the capital, too. 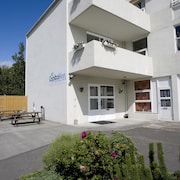 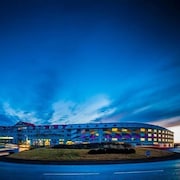 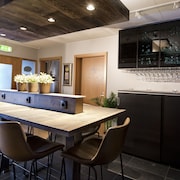 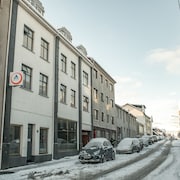 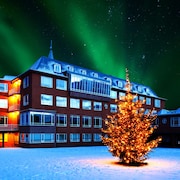 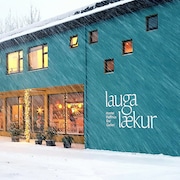 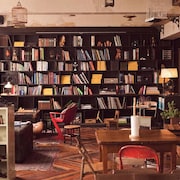 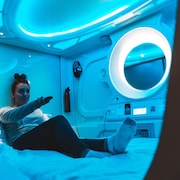 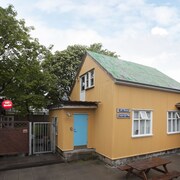 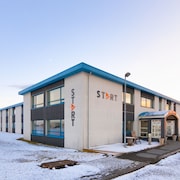 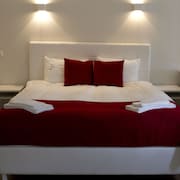 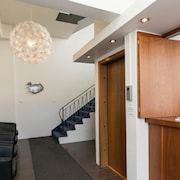 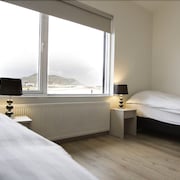 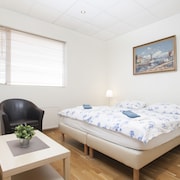 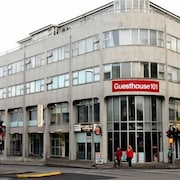 The primary language spoken in Iceland is Icelandic, which is called Islenska by locals. This Norse language which uses the Latin alphabet is related to other languages in Scandinavia like Norwegian, Swedish, Danish and Faroese. Danish and English are required subjects in schools, so nearly all Icelandic natives are proficient in these two languages. Islenska isn’t the easiest language to learn, and English-speaking tourists should not have a problem in speaking to locals in English, even outside of the tourist hotspots.

The official currency is the Icelandic krona (ISK, KR), which was revalued in the early 80’s due to hyperinflation. It's hard to exchange krona outside Iceland, so it is best to head to a bank or exchange bureaux upon arrival. Credit cards are widely accepted, not only in big establishments but also in taxis, souvenir shops and petrol stations. Travellers' cheques are difficult to exchange outside of the major cities. It is ideal to carry a combination of cash and credit cards while in Iceland.

Iceland lies within the Schengen zone thus nationals of Schengen countries need only present their national ID card to enter Iceland. Likewise, EU and EFTA nationals, including British citizens, can enter with just a passport for stays of up to three months. The same goes for nationals of the US, Australia and Canada, but they need to present a return ticket upon arrival.

Despite its latitude, Iceland has a cold climate that is tempered by warm air from the Atlantic Gulf Stream. Summers see average temperatures of around 13°C. June and July see the most amount of daylight, nearly 24 hours. Tourists can visit anytime from September to mid-April to see the Northern Lights, although it can get bitterly cold at this time. In fact, Iceland is popular as an end-of-year or winter break because of its excursions and attractions, which are suitable to enjoy during this colder period. Icelandic weather is changeable; it is possible to experience warm sunlight and heavy rains on the same day.

The primary gateway to Iceland is Keflavik International Airport, 50kms northeast of Reykjavik. The airport is connected to flight hubs in mainland Europe, the UK and North America, although not all flights run year round.

Airlines landing at Keflavik International Airport fly from London-Heathrow, London-Gatwick, London-Luton Manchester, Amsterdam, Paris, New York, Boston and many other destinations in Europe and North America. A direct flight from London to Keflavik takes around 3 hours.

Keflavik International Airport should not be confused with Reykjavik International Airport, which mainly serves as a domestic flight hub for the capital. It is best to watch out for package deals covering flights, hotels and car hire as these deals are usually a good way to save on fares. The cheapest fares can be had in winter (except at Christmas and New Year’s Eve).

Those visiting from Europe anytime from April to October may want to take a ferry from Hanstholm or Esbjerg in Denmark, passing through Torshavn in the Faroe Islands. The service is run by Smyril Line and can take both passengers and vehicles. While it may not get you there as fast as a plane, it is a romantic way to arrive in Iceland as it offers scenic views along the way. The ferry's docking destination is Seyðisfjörður, on Iceland's east coast.

Boats are also an option for travel around Iceland’s islands, archipelagos and peninsulas. Herjolfur ferries sail from Þorlákshöfn and Landeyjahöfn on the mainland to the Westman Islands off the south-west coast. Seatours services the Westfjords and the Snaefellsjokull peninsula.