Slovenia's Alpine location makes the mountains a dramatic backdrop for activities in the surrounding area, as well as for sightseeing. Head towards the Julian Alps to get up close to the mountains and foothills, and to get involved with one of the many activities in the area. Skiing and mountain biking are two such examples, although there"s also hiking if you prefer to head out on foot. Look out for the Alpine lakes in this part of the country too, as there may be the opportunity for some al fresco swimming - no doubt refreshing at certain times of the year.

The National Museum of Slovenia is in Ljubljana and can be accessed from Muzejska Street. Although Slovenia is a relatively new country, having gained independence in 1991, the museum dates back to 1821, making it the largest and oldest museum in Slovenia. The current building it occupies, on a road which translates into English as "Museum Street", was constructed in 1888 and houses a diverse range of items, from Stone Age artefacts right through to more recent exhibits.

From the oldest to the biggest, the Cathedral of St Mohor and Fortunat in Gornji Grad is the largest cathedral in the country. It"s just one of the sights in the Savinja and Salek Valley, along with several lakes and waterfalls, and this makes the valley another picturesque and scenic location for a visit. Take the Solcava Panoramic Road for the most spectacular views across the Kamnik-Savinja Alps, but remember to keep your eyes on the road during the drive, however distracting the landscape might be!

Rather than finding yourself in the mountains, you could instead opt to go inside them, by visiting one of Slovenia's cave systems. In general, these are located in the south of the country, so make the journey to whichever network of caverns catch your eye. Many are open to the public, with guided tours available, so you don't face the risk of heading inside on your own. If you do happen to find an entrance without a guide, don"t go too far in, as it can quickly become very dark inside. Always carry a torch and a spare light source if you feel like you want to do some exploring on Slovenia holidays. 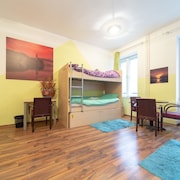 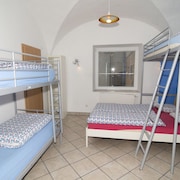 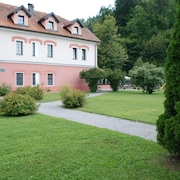 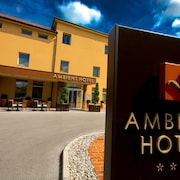 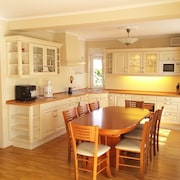 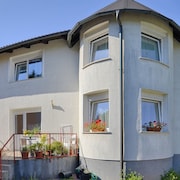 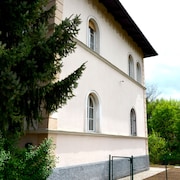 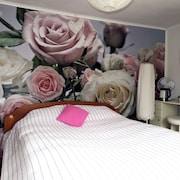 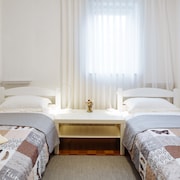 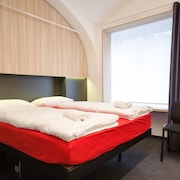 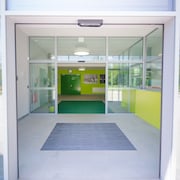 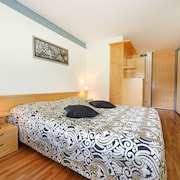 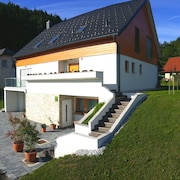 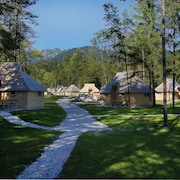 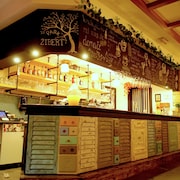 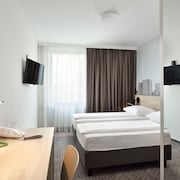 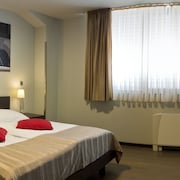 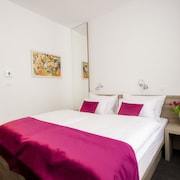 Slovenia uses Slovenian as its official language, and is the native tongue of about nine in ten permanent residents of the country. The country also ranks highly for having a population who can speak a second language, though, and more than nine in ten people claim to speak at least one foreign language. More than half can speak English to some extent, so you should never be far from an interpreter if you need one on holidays to Slovenia.

If you’re scrolling through package holidays in Slovenia, you’ll be pleased to know that it’s part of the Eurozone, which not only means that euros are easily obtained, but also that sterling is easy to change, too. You can exchange cash at a bureau de change, or in a bank, and these establishments will also cash travellers' cheques. You may find travellers' cheques widely accepted elsewhere, along with major credit cards, although the latter may incur charges.

British nationals don’t need a visa to travel on package holidays to Slovenia. Your passport should be valid for the proposed duration of your stay, and you don’t need any additional period of validity on your passport beyond this. However, In practice it's smart to have at least a few days left, so that if anything out of the ordinary happens, you’re not stranded in Slovenia with an out-of-date passport.

Holidays to Slovenia during winter are likely to be fairly cold, especially in the east of the country where the land forms a number of valleys and plateaus. However, in the summertime, temperatures rise substantially, and this gives Slovenia's coastline a Mediterranean climate. To put this into context, average temperatures in Slovenia are actually very similar to the UK, at around freezing point in the winter, and 20°C in the summer. Temperatures can even reach 28-29°C during July and August.

The main international airport of Slovenia, Ljubljana Jože Pučnik Airport, is found in Ljubljana and was previously known as Brnik. It’s also the base for Slovenia's national airline, offering many routes into European cities.

There are daily flights that depart from London Stansted to Slovenia, although it’s always wise to check in advance as the frequency of flights might be lower out of season. UK flights may be operated by one of the many budget airlines, giving you the opportunity to save on your ticket price. At around 900 miles from the UK to Slovenia, you could be looking at a journey time of around two hours for the flight itself, although this, of course, does not include time spent going through passport control, and so on.

Getting to Slovenia doesn't necessarily mean flying direct, as many people land at one of the several airports just across the border, before making the transfer by road. For example, Italy's Trieste airport may be better served in terms of the availability of flights, and is about an hour's drive from Ljubljana. Flights departing from Ireland may land in Pula in Croatia, and again this is only just across the border. Finally, because direct flights to Slovenia land in Ljubljana, this bodes well if you need to travel onwards to a different town or city, as the capital also acts as the central hub of the country's rail network.

You can travel to Slovenia by bus from a number of European cities, such as Italy, Austria, Germany, Serbia, Poland, Croatia, , Denmark, Sweden, Kosovo and Macedonia. If you are getting an international coach, it will usually stop in Ljubljana. There’s also an option to enjoy Slovenia holidays via cruise ship.